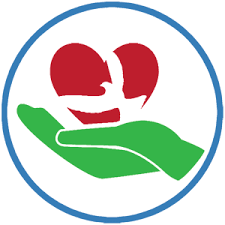 “There are no such things as micro-aggressions.” Charles Bryson said in his talk. It was a curious statement from the Director of the Civil Rights Enforcement Agency for the City of St. Louis. Then he went on to say, “Remarks which leave a person feeling labeled aren’t micro or small; they are aggressive. Such comments are unconscious bias showing up in some form. They hurt the person and they hurt the organization.”

What hurts is a comment like, “You speak really good English for an immigrant,” or “You have a mental disability? You seem perfectly normal to me.” While seemingly small observations made with an intention to praise, these remarks come across as aggressive to the receiver. They leave a person feeling invisible, like they don’t belong. Hurt or angry, they ignore or downplay their feelings because they need a job. This is one of the ways discrimination shows up in the workplace.

Protecting those rights is an essential part of the democratic values of the United States. They are the subject of hard-fought battles for their expansion for many groups over the last two hundred years. Civil rights are all our rights and are guaranteed by the U.S. Constitution and state and local laws. Historically, the “Civil Rights Movement” referred to efforts toward achieving true equality for African Americans in all facets of society, but today the term “civil rights” is also used to describe the advancement of equality for all people regardless of race, sex, age, disability, national origin, religion, or certain other characteristics.

The mission of the Civil Rights Enforcement Agency for the City of St. Louis is to “monitor and enforce equal employment, public accommodations and fair housing within the City of St. Louis; and investigate complaints of discrimination as they arise.” Over coffee, I asked Charles how his office works.

“My office and I work as a neutral third-party. We do an investigation once a claim has been made. We work toward reconciliation or mediation for both the person and the oraganization. People’s fear of retaliation for reporting cases of discrimination is becoming more and more of an issue. People are typically afraid for one of three reasons:

“To a certain extent, we expect some retaliation when there is a complaint. Where the uncertainty lies is how it’s going to play out. For example, after a complaint, an employee might say, ‘You’re retaliating against me,’ to which the supervisor responds, ‘No, I actually need you here on second shift.’ However, the supervisor knows that the employee needs to be home for their children at night and will be unable to do the job.”

AMY: What do you want new hires to know?

“First, learn the culture of the company, as well as the departmental culture. Culture is the shared values, goals, and practices that characterize every organization of people. It takes many conversations to learn the written and invisible practices and procedures of an organization. Don’t wait to be told what to do. Ask your supervisor and colleagues what is expected and how things are done. Don’t be afraid to regularly check in with your boss. Provide the space to get feedback.”

You can ask a question such as:

“Second, employees are not powerless. Keep a journal or written record of what’s happening at work, especially in cases of suspected discrimination or retaliation. That journal is important in making your case.”

AMY: What do you want CEOs to know?

“First, don’t simply trust your managers. Check your managers’ production numbers. Check on workflow, what’s shipped and production levels. It’s in those numbers that disgruntled employees or attrition can show up. Get out among your employees and listen to them. Do it in a way that is not staged. Walk the shop floor at different times of day; cover each shift. Ask, ‘Kathy, how are you?’ If possible, shake hands and give eye contact. Don’t be in a rush; people may have something to share. If you’re there, and you listen, conversations just happen and stuff comes out.”

“Second, review your hiring process. Does your process allow for the possibility of a diverse workforce in both hiring and promotion? While a company can’t set a numerical objective, it can set percentage goals.”

“Third, employees should not be surprised by their evaluation.” At a quick weekly meeting, managers can check-in and ask their direct-reports:

Typically we don’t intend to make remarks at work that belittle others. But if you’re unsure how a remark comes impacts another, whether is comes across to them as complimentary or aggressive, you can say, “I wouldn’t intentionally hurt someone but I’m not sure how that sounded. How did my words impact you?” And then listen. Remember, your impact is more important than your intent in cross-cultural conversations.

Rather than merely working to enforce civil rights, an organization can use Cultural Intelligence to not only create equal opportunities but also create a culture where everyone feels valued, heard and engaged. Cultural Intelligence is the ability to appreciate another’s perspective and change behavior to show genuine interest and respect. Employee safety and belonging is the means to an end for more productivity, innovation and profit in any organization.  –Amy S. Narishkin, PhD

To attract, retain and promote top talent from diverse backgrounds, leaders can create a culture of safety and belonging for everyone in their organization. With a PhD in Adult Education, Amy works with CEOs, management teams and those who want to take the lead to successfully onboard new recruits by developing the skills for Cultural Intelligence. Learn the skills in five 1.5-hour long Workshops.