Resistance to Acceptance: How to Affirm Another’s Identity 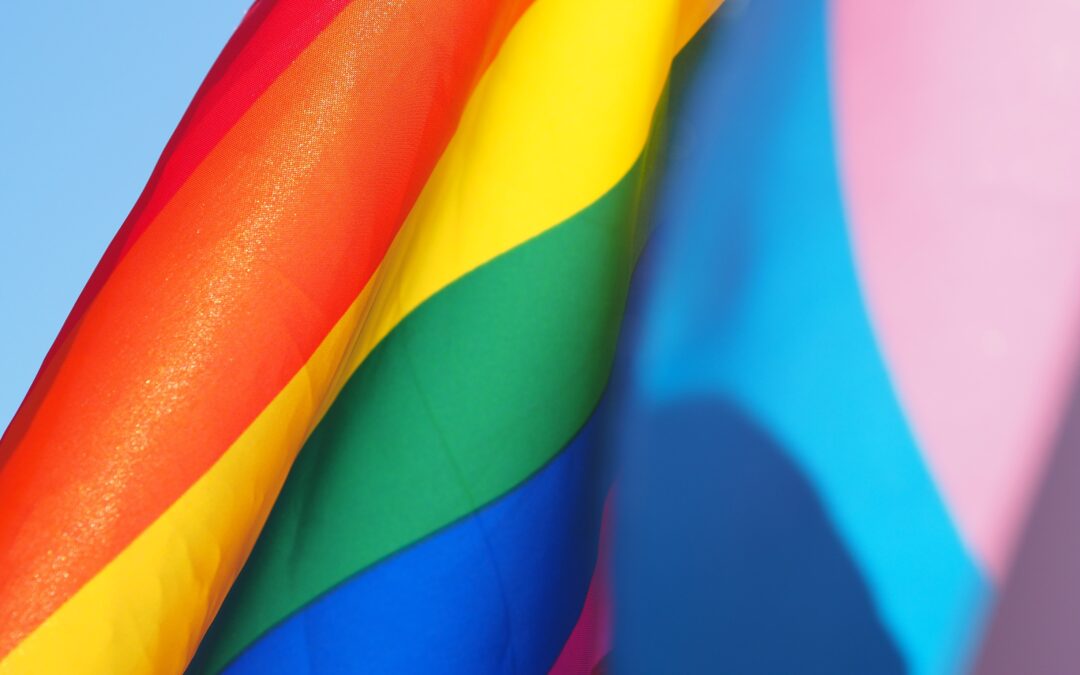 While I was well-practiced at withholding my judgment and talking with people who are different from me because of race, gender, orientation, religion, generation and disability, talking with a transgender person was new. Because I felt this conversation would be out of my depth, I knew I’d really need to lean on my cultural intelligence skills as well as my heart. Talking about gender identity was not something my generation did. I come from an era where standard practice is to “shove it under the rug” or “suck it up.”

That approach wasn’t going to work if she was going to feel valued and heard. I saw quickly that this experience would take every element of cultural intelligence that I had been developing:

When I’m in unfamiliar territory, I’m inclined to lean in and learn more. I was curious about her experience but I was afraid I was going to screw up and cause more harm than good. That fear was the source of my initial resistance to having conversation.

Resistance is contraction, a withdrawal from a person or situation. To keep ourselves safe, particularly when we come across something new and different, the human tendency is to fight, resist and run away from reality. The fight/flight response is often due to the fact that we have incomplete or inaccurate information. I was pretty sure I had both!

Resistance is what divides us humans and keeps us apart. When I feel that resistance, as a safety measure, I check to see that I’m safe, emotionally and psychologically as well as physically. In this case, I was certainly safe, so I was ready to practice contemplation. Contemplation uses our head and heart to slow down, take a breath, withhold judgment and practice presence.

As my breathing slowed, so did my thoughts. I moved into listening less with a “judge-y” head and more with my heart. It was then that I noticed why I was so afraid; I realized for the first time that I relate to people based on their gender. Even though she was sure about her gender, I wasn’t so sure about her gender.

So to move past resistance, I knew I needed to surrender. Did it matter that I wasn’t sure about her gender? Certainly not if this conversation was primarily about and for her.

With that perspective, I was able to find courage to surrender my opinion, my preconceived ideas and my conditioned thinking. “Surrender” is a word that can conjure up images of losing or giving up. But I wasn’t losing or giving up anything by listening to her story. Surrender is not giving up but rather giving to the moment, the event, the person and the situation.(1)

I was going to be there to give to her.

When I feel resistance and see an opportunity to surrender, it’s usually because I find some person, place, thing or situation is off-putting to me. (There was my bias showing up!) Her experience confirmed nothing I’d been conditioned to believe about men and women or how they should look or act. I knew I probably couldn’t completely move past my conditioning in time for this conversation, but my goal was to listen and value her experience rather than to “fix” either of us.

I knew I could listen with my heart and affirm her experience. The more I learned about her circumstances, her context, the more residual judgment eased off. Acceptance of ourselves and another, each in their own unique context, is a strange but strong and graceful kind of power.

When I surrendered my need for confirmation, control and power and accepted her as being exactly the way she was in the moment, I saw her humanity. I could hear the years of dysphoria she’d experienced and her deep desire to be her more authentic self. To feel peace, we need to concentrate less on what needs to be changed in the world and in others and more on what needs to be changed in ourselves.(1)

With acceptance in my heart and affirmation in my words, I felt compassion for this woman. I distinctly remember two poignant parts of her story that touched me. The first was that, to transition to being a woman, she was taking hormone therapy. She had been warned by the doctor that by taking estrogen, she would be at higher risk for breast cancer. I gently asked, “Do you feel it’s worth the risk?” She said, “Absolutely.” She wanted to embrace her womanhood that much!

The second was how her teenage and adult daughters responded with support. She’d hesitated to come out to them but once she did, they wholeheartedly embraced her transition process -helping her learn how to talk and dress.

At the time of our conversation, I wasn’t sure how I’d done affirming her experience and identity.  Did she feel valued and heard? I wondered. But then I saw her again about three weeks later, across the room at a networking event. I didn’t know if she’d recognize me or even want to talk with me. She caught my eye, and I got my answer. A few minutes later, she came up to me with a big smile, hugged me and asked to join the group of ladies I was talking with.

A few years later a young African American transgender man reached out to me on LinkedIn when he learned about the work I do. He wanted to support my work and share his story with me. This time I was ready. He and I ended up talking for two hours. Ever since he could remember, he didn’t understand why he had to sit on the ladies’ side of church and why his brothers got to wear the comfortable clothes. By the time I met him, he was in his late 20’s, had transitioned years earlier and was happily married to his wonderful wife (who stuck her head into our Zoom call to say, “Hi!”).

Resistance is endemic to minimization

How do leaders, who are developing their cultural intelligence, create an environment where everyone feels valued and heard, even across gender identity and orientation? That’s the question my clients, the executive leadership team of a hospital group were wondering, because people of the LBGTQIA+ community come to their hospitals for care. But before meaningful organizational change can take place, individual leaders and caregivers need to know how to be and what to do when talking and working with people who are different from themselves.

A full 67 percent of people who take the Intercultural Development Inventory® (IDI) worldwide are right in the middle of the five stages of cultural intelligence, the stage called “Minimization.”(2) With more than two-thirds of the people in any organization minimizing their own and each other’s differentness, this perpetuates the marginalization of under-represented group members. And because minimizing our own and others’ experience is so normalized worldwide, we’re typically unaware that we’re doing this.

I asked one of the organization’s leaders, “Jenna, before you started developing your cultural intelligence and were inadvertently minimizing yourself and others, how did you handle conversations with people who are from under-represented groups in your hospital?

Jenna responded, “Before, I would have done nothing – not even had the conversation. If it hadn’t been for your training, I wouldn’t have spoken with anyone about it. Before, my assumption was that, because I don’t have a problem with transgender people, why bring it up? Why would I dive into all that awkwardness with questions that don’t really concern me?”

I said, “I get that because, when a person is in the stage of minimization, they don’t tend to think anyone’s experience is particularly different from their own. So it wouldn’t have even occurred to you to bring up the topic because, in that mindset, everyone thinks like you do.” Jenna nodded. “So what’s different now?” I asked.

Jenna said, “With cultural intelligence, I know not to assume I know how it is for other people. Now I know to slow down and wonder what it’s like for them. I’ve learned even if it’s initially awkward, I need to be willing to have the conversation, because people want to talk. People want to share their experience. People want to tell their story.”  -Amy Narishkin, PhD