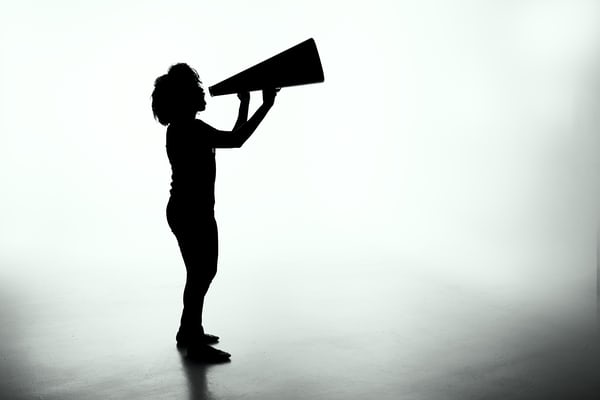 WoManifesto in the Workplace

Meryl Streep, in her 2010 commencement address to the graduating class of Barnard College, explained that in high school, a different form of acting took hold. She wanted to learn how to be appealing to boys. She recalled, “I adjusted my natural temperament, which tends to be slightly bossy, a little opinionated, a little loud, full of pronouncements and high spirits, and I willfully cultivated softness, agreeableness, a breezy natural sort of sweetness, even shyness if you will, which was very very very effective on the boys.“

Why did she take on that role? Streep explained that successfully convincing someone bigger than you are of something he doesn’t know, is a survival skill, this is how women have survived through the millennia.(1)

If women have survived by pretending to be someone else in order to be heard and recognized, organizations are missing out on a lot of talent. This means they’re missing the opportunity for innovation, productivity and profit that is already present in the talent pool and just waiting to be tapped.

Organizations that cultivate Cultural Intelligence enable people to navigate conversations across differences of identity and culture including those of gender. This increases employee safety and belonging as the means to an end for more productivity, innovation and profit in every business.

How we got here

In her book, Rage Becomes Her, Soraya Chemaly writes, “We learn as girls to read faces and other body indicators, and we develop tactics for lowering the temperature of encounters, a process known as de-escalation. The ability and inclination to take this approach is supported by socialization and the practical reality that women are often physically smaller than the people threatening them.”

In the face of threat, we often learn that the “normal” physiological response is flight-or-fight. But that’s a “normal” if you’re a man. While women, too, experience faster pulses and elevated blood pressure, our bodies produce different chemicals which lead to “tend-and-befriend” responses.(2)

The cultivated feminine habit of prioritizing the needs of others and putting people at ease frequently puts women at a disadvantage and can be perceived as weakness. Layered on top of these habits of de-escalation is a pervasive silence around the fact that women are constantly making these assessments. This leaves the men around us at home, school and work often unaware of this constant adjustment women have to make.(2)

Men’s dominance is also apparent in popular media. Books, movies, game and popular entertainment feature men and boys 2-3 times more often as protagonists, more often white than not.(2) And men, overwhelmingly white, hold roughly 70-73% of the roles in top U.S. films, as well as a majority of the speaking parts and creative and executive positions on-screen and off. That gender breakdown in films is equally skewed in other countries.(2)

The fact that men garner twice as much speaking and screen time applies equally in our day-to-day lives. Studies indicated parents and teachers interrupt their girls twice as much as their boys. Observations of children on playgrounds also show that despite girls’ earlier language acquisition, by age six, boys dominate chatter – with teacher encouragement.(2)

Both men and women are more likely to interrupt and talk over girls and women than they are boys and men. One of the studies of legislative deliberations shows that women need to constitute a super majority, or roughly 70 percent of a room, in order to achieve parity and influence. If they don’t, they have a difficult time being perceived as powerful, influential, or important speakers.(2)

How this impacts women

This reality takes a toll on women. The most fundamental bias we face-the one underlying all the others-is the message that women are inherently less worth listening to than men. This message takes its toll on women as subterfuge and self-denial tend to do, and we pay with an internal dialogue of self-criticism. Not smart enough, not pretty enough, not a good enough mother, not a good enough professional.(5)

This message takes its toll on organizations. Without acknowledging women’s unique perspectives and seeing them as an asset, companies will not realize the value their diverse voices promise. The global workplace nonprofit Catalyst found that, “companies with the most women board directors outperformed those with the least on return on sales (ROS) by 16 percent and return on invested capital (ROIC) by 26 percent.”(6)

Ironically, what gets in the way of that diversity-fueling success is a well-intentioned desire to be fair. We want equality and fairness, and we often think this is best achieved by treating everyone essentially the same at work. We do this because people in the developmental stage of Minimization – who actually represent the majority of the US population – tend to assume we all have the same experience. We don’t realize that two-thirds of people who take the Intercultural Development Inventory® world-wide are unknowingly stuck in this middle stage of cultural development.(8).

And because we don’t want to go against cultural norms and upset a status quo that favors male voices, leaders inadvertently silence and sideline dissenting opinions and different perspectives, including women’s. As a result, we’re often blind to the cultural systems in our organizations that keep women feeling left out or pushed out. This is opposite of cultural intelligence.

Cultural Intelligence is the ability to appreciate another’s perspective and change behavior to show genuine respect in conversations across cultural differences, such as gender, so that each of us feels valued and heard. In a previous blog (What’s a Guy to Do? written in light of the #metoo movement), I explained how men can use their Cultural Intelligence to help women not only share their opinions and perspectives but also get ahead in an organization. So, what can women do?

I wanted to learn what a woman can do and how an organization can ensure their employees and leaders feel valued and heard. I spoke with Ty Shaffer, Activist, Lead Graphic Designer & Social Media Manager at VoteRunLead.org, the largest and most diverse campaign training organization in the country. VoteRunLead trains women to run for political office and win. They specialize in helping women gain the resources and confidence to find their voice and take action – as campaign directors and community organizers as well as policymakers. The organization has trained more than 33,000 women and plans to train 1.2 million by 2020.

At VoteRunLead, Ty has learned that everything women go through in life is only heightened in politics – one of the most public professions. Because of that most fundamental bias-belief that women are inherently less worth listening to than men and the resulting internal dialogue of self-criticism–women often and inadvertently second-guess themselves.

Many women go to VoteRunLead knowing they want to run for but hesitate because of messages they get that they’re only qualified to be home with their kids, no one will take them seriously, and they’re either too attractive or unattractive. VoteRunLead does not teach women how to look or how to win over other people, but rather how to use their voice. Ty says, “Confidence is what makes people follow leaders.”

How women demonstrate that confidence

As Meryl Streep articulates, women have survived through millennia by pretending to be someone else. As a result, organizations are missing out on tremendous opportunity for innovation, productivity and profit that is already present within their talent pool and waiting to be tapped. But because our culture has buried women’s voices so well for centuries, even women don’t always realize they have internalized it. Cultural Intelligence enables us to shift our perspective and adapt our behavior to ensure everyone’s voices are heard. Employee safety and belonging is the means to an end for more productivity, innovation and profit in every organization.