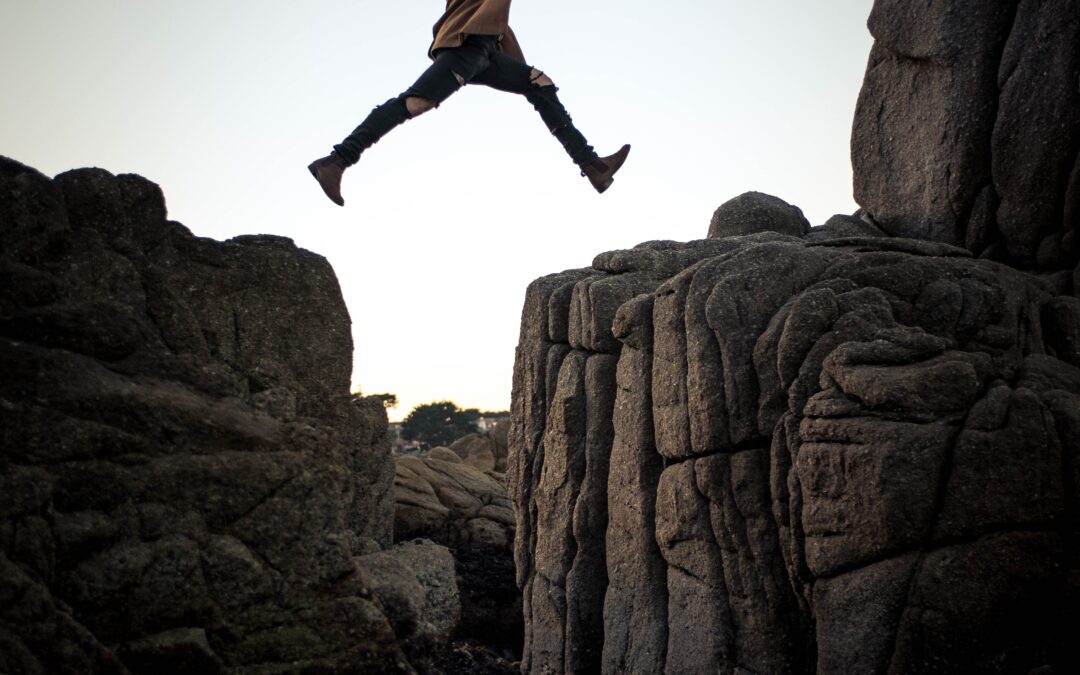 Should I Stay or Should I Go?

Jessica (not her real name) is an African American woman who called to ask me whether or not she should take a job. She said, “Dr. Amy, I’m calling to ask you, because every time we’ve talked, you get me.” Jessica has worked in the construction industry her whole career. She explained that she has been a project manager (PM) for the last four years. Though she has successfully managed 10 jobs, the most recent one didn’t go as well. She was downgraded to assistant PM on the current job. Jessica told me they didn’t cut her pay, but she really likes a leadership role. She said, “I like helping people out and having their back.”

Jessica: “I’m at a crossroads in my life. Two of my three boys are grown and have left the house and the last one will graduate from high school in two years. My husband, who is a white man, has been encouraging me to move on and says I’m capable of so much more.”

Amy: “It doesn’t sound like you disagree with him that you are capable of more. Yet, your husband may not understand what it’s like for you as a Black woman out there in the field.”

Jessica: “That’s it. He doesn’t know what I have to deal with each day to get people to listen to me, to really hear me.” She went on to say, “This is why I’m calling you. Another organization has reached out to me to head up their procurement department. In that position, I’d have several departments reporting to me. It’s the leadership I hoped for and it’s in line with what my husband was wanting for me, but I just don’t know if it’s right for me.” At this point, she said, “I don’t think I even know who I am and what I want.”

Amy: “I get it; it’s tough when you’re unsure about next steps.

Amy: “There’s also the fact that brains don’t like change. Change means a brain has to think and be on its toes. That means work. Brains don’t especially like work. So, to keep you safe, your brain says, ‘Run, hide, don’t go there.’”

Since Jessica had been a participant in my Workshop Series on how to diversify an organization, I used that context to relate to her experience. I said, “This is why diversifying an organization can be so tough, initially. Brains don’t typically like change. Few people want to go through the awkwardness it takes to get to know new people, especially people who think, look and act differently.”

It’s helpful to know that when a brain comes across new information, people or situations, within nanoseconds it makes snap decisions without our permission. Brains have a lot going on and hard work equals pain. So, when it comes across something new, the steps go something like this…

However, if we slow down and get more information, we can glean what we need to know.

Back to the story

Jessica: “That’s exactly right. The job sounds intriguing to me but the change sounds scary. I don’t know what I’m getting into and am tempted to reject the opportunity.

Amy: “Right, change is scary. And you have the added burden of not knowing how they’ll respond to you as a Black woman.”

Amy: “I don’t blame you for being hesitant. It sounds like you do know. It may just be that, as a Black woman, you have not gotten much affirmation for your experience and feelings during your life time, which is pretty common for people of under-represented groups.”

Jessica: “That’s so true. It’s like there’s a double standard out there. Not too long ago, my boss told me I needed to watch my tone. So I calmly said to him, ‘Really? Do you know how frustrating it is that I can’t sound angry or impatient without you telling me to watch my tone when you get to show your anger and slam your fist down on your desk?’ I’m a passionate woman, Amy, I need to be able to show my anger sometimes, like he does.”

Amy: “Yes you do. What did your boss say when you pointed out that contradiction?”

Jessica: “He said he didn’t realize he’d done that. He apologized.”

Amy: “You know, your story has gotten me thinking. A characteristic of dominant U.S. culture is to avoid conflict. As a result, dominant-culture people can be scared of people showing their anger, particularly people of under-represented groups. I’m guessing this is because we’re afraid someone or the situation will get out of control and we won’t know how to respond.

“But your story is compelling,” I told her. “What if you shared that story during your interview? I would just add what you said to me—you’re passionate about your work. And, because you’re from African American culture, you aren’t as inclined to avoid conflict.” You can tell your potential employer that, like everyone else, there will be times you’ll show your anger, but you won’t fly off the handle. How does that land with you?”

Jessica: “I like the idea of making my point using a story!”

Amy: “Jessica, you’re in a solid position, here; you can go either way. You don’t need a job and, at the same time, you seem ready for a change. So often, when we don’t know what to do it’s because we don’t have enough information. Because you don’t need the job and yet would like to learn what you’re capable of, maybe what you really need is more information.

“With that context, you can approach this next round as both interviewee and interviewer – make it more an information interview than a job interview, which can be a lot less stressful.” Here’s how I explained that to Jessica and the other workshop participants:

As interviewee: Share a story that illustrates who you are and how you’ll respond to different situations, then offer a take-away about your culture. You’re not speaking for all people of your culture, you’re simple stating a fact about the culture in general.

Because you’ve shared your personal stories, you’re being genuine. When you’ve been genuine, it encourages the person you’re talking with to respond in kind. So then…

As interviewer: Ask the interviewer, “What has it been like here for you? Would you mind telling me what about me makes it seem like I would be a good fit?”

You’ll also want to ask how women – women of color and others from under-represented groups – are cared for in the company. You can ask if and how mentoring, career-mapping and regular reviews are done.”

Jessica: “That’s true, I can tell them about me and learn about them. I like the idea of going through the interview process and getting more information before I decide. Thank you. This has been super helpful.”

Amy: “If you wouldn’t mind, I’d love to hear what you eventually learn or decide to do.”

Cultural intelligence is what enables us to show compassion for ourselves and others within our unique contexts. To realize our own needs and learn more about another context, we need to slow down and shift from being a knower to a learner. Jessica thought she simply needed to know whether she should stay or leave her job but instead discovered she needed to recognize how valuable she is and learn more about the other organization. Adopting a posture of learner, she’ll be able to show compassion for herself and embrace the process.

The next time I spoke with Jessica, she’d had her second interview and had been invited to a third. She was still learning and gleaning the information she needed. This time when we spoke, though, she was confident she’d know what to do in time.

Side note: This is so often the case. When we surrender to the process of learning and gathering all we need to know, an answer to our question becomes obvious. We almost can’t imagine that, before, we didn’t know whether to stay or go.    -Amy Narishkin, PhD

If you are the Hiring Manager or Talent Acquisition Specialist, here’s the blog for you: A Hire Power: How to Really Get to Know a Candidate