What’s the Point of Impact? 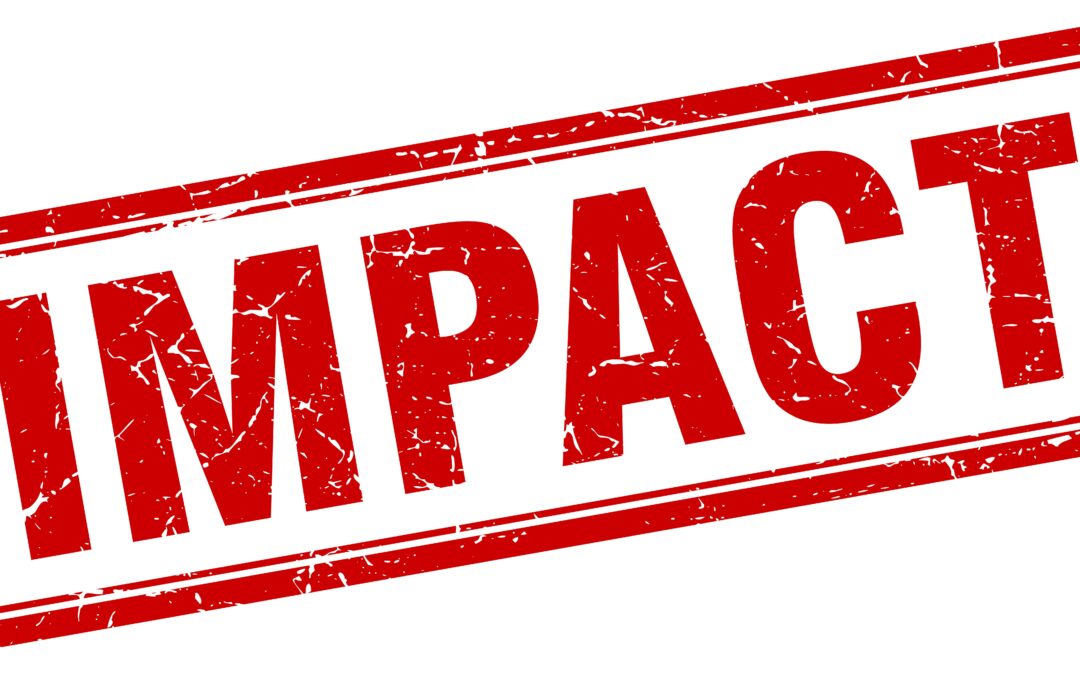 “Should I have taken down my Confederate flag?” Bob asked. It was the question Bob, a mid-level retail manager, asked when he called me over to his group during a workshop I was facilitating at his company.

Bob: “It took up the better part of the back wall, and when the garage door was up, the neighbors could see it.”

Amy: “What prompted you to put it up?”

Bob: “It represents part of US history, my own history.”

Amy: “So it must be pretty important to you. Why do you think it needs to come down?”

Bob: “After the Cultural Intelligence Workshop last week, I got to thinking about what you’d said, about how ‘our impact is more important than our intent in cross-cultural relationships.’ Because my neighbor is black, I didn’t want to hurt his feelings.”

Amy: “Thinking about the impact of your actions is a great first step in building a relationship with your neighbor.”

Amy: “What about saying what you just said to me? I took down the Confederate flag in my garage because I thought it might hurt your feelings. What was the impact of that flag on you?”

In cross-cultural conversations, sometimes we don’t know what to say. It can be awkward and even stifling in an existing relationship or in the early days of a new one. This is where we need the cultural intelligence to help us know what to say and how to say it.

Cultural intelligence (CI) is the ability to appreciate another’s perspective and adapt our words and actions to show respect and genuine interest in another. Whether it’s in your neighborhood making new friends or on a conference call with colleagues, CI enables the connection that builds collaboration and innovation in every organization.

In developing my own cultural intelligence, I’ve realized it’s easier to connect with other people authentically if I’m aware of my own default cultural habits. Some of those cultural habits are usually helpful, like when I use active listening or smile when I walk by another person. Other default habits are hurtful though, like how I might put distance between me and another person when I feel unsure of myself.

Often, we’re unaware of our default cultural habits and how they hinder our ability to connect and sustain relationships that are critical to effectively navigating our home and work life.

A way to cultural self-awareness

I’ve learned that one default cultural habit the people of a dominant culture (in a country or organization) can unconsciously express is that of thinking they’re “in the know.” Let me explain why. You might recall in a previous blog, “There’s Nothing Common About Vocabulary,” I explained that worldwide, within every country and community, culture comes in two forms: dominant and non-dominant culture.

Dominant culture is the most powerful, widespread, or influential group within a multicultural community of any type, whether it’s a home, school, office, non-profit, place of worship or country.

Non-dominant culture is a distinct group that coexists with but is perceived and treated as subordinate to the majority culture. It’s often smaller in number (but not always) and is distinct from majority culture because of gender, generation, religion, race, disability or education, just to name a few.

Because the dominant culture group is the most powerful and influential, its members typically set the standard for what is “normal” in a community. As a result, their default is to be the “knowers” in their culture, rather than the “learners.” As knowers, they may not feel comfortable when they don’t know or don’t have an answer. And because they may be unaccustomed to that discomfort, it can feel awkward expressing that they don’t know, as it was for Bob.

But the act of asking for help or clarity on the impact of our words or actions can actually have an endearing effect for majority culture people. In fact, people of non-dominant or under-represented cultures typically appreciate it when I take the time to ask about the impact of my words on them. It suggests I’m investing in understanding them and their experience on a deeper level, thus signaling I’m genuinely interested them as a person.

In my previous blog, “Hear Me Now?”, I shared a story about how a leader showed compassion. The word compassion comes into the English language by way of the Latin root “passio,” which means to suffer and is paired with the Latin prefix “com” meaning together. So the original meaning of compassion was “suffer together.” While “suffering” may be a strong word, these three steps for expressing compassion are culturally intelligent and allow anyone to move from the default attitude of being the “knower” to investing in learning about the other person’s perspective in a respectful and authentic manner. Compassion involves three elements:

Let’s take a closer look at those elements:

We can slow down, check to see that we’re safe and notice the feelings of the other person. Bob, for example, had the gut feeling that by displaying his Confederate flag, he was not creating a safe environment for his neighbor.

Feel your feelings or reaction. Know them to be legitimate. And acknowledge the feelings of the other person as legitimate as well. Because we all have a desire to be understood, it can be hard to focus on another person’s feelings if we haven’t acknowledged our own emotions first. (In other words, if we accept our own humanity, we can extend it to others.) Bob needed to acknowledge two things: that the flag was there in his space because it had deep meaning for him and that it could cause a different set of deep feelings in his neighbors.

To find a response that honors both sets of feelings, you can ask, “What was the impact of my words (or action)?” then listen deeply. When the person describes how your words made them feel, respond by labeling the emotion. Labels can be phrased as statements or questions. Labels almost always begin with roughly the same words:

After the Cultural Intelligence Workshop Bob naturally began to notice (Step 1) the environment he was creating/holding. He also considered his feelings for why he had created that environment and what it could mean for his neighbors (Step 2). However, he was unaware there was a process for showing compassion or that it contained a Step 3.

Until he asked me if he’d done the right thing by taking down his flag, Bob didn’t know he could ask about the impact of his action. He also didn’t know it was okay not to know.

At the next workshop, I asked Bob, “How did it go with your neighbor?

Bob said: “I never asked him. I decided the flag wasn’t that important. Ever since I asked you, our families have been getting together every Sunday for barbecue dinners and really enjoying getting to know one another.”

Later in the morning Bob told me how grateful he was not only for his new friendship with the family across the street but also for the knowing, now, that he can check on how he’s coming across to people. He explained that it’s not only helpful with his neighbors and colleagues but also with his wife and kids.

As with every seemingly tricky interpersonal issue at home, work or online, knowing how to navigate with cultural intelligence is the key to success. Recognizing we are in relationship with someone who has seen and unseen differences is the first step to connection.