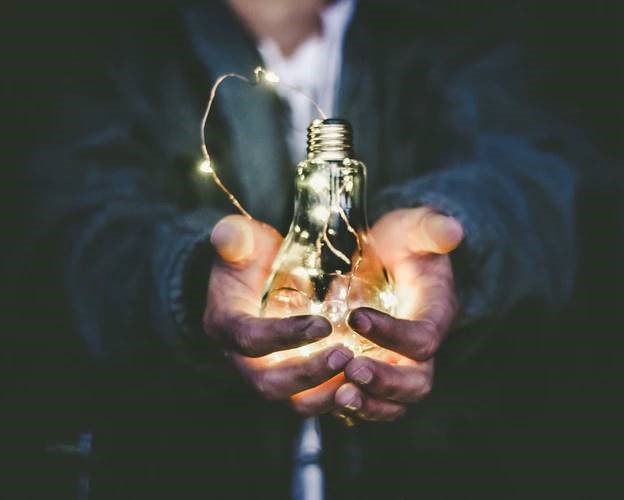 “I thought we were doing everything right,” James told me. “Now I’m afraid I won’t be able to get another job because of the current cancel culture.”

“Cancel culture” is a pop-culture term that basically means canceling people out – ostracizing or withdrawing support of people or companies that have done something deemed offensive.  James, who is white, had been removed as general manager of a non-profit after “allegedly perpetuating a legacy of structural racism.”

Employees of color had gone to the Board of Directors with a list of racist incidents saying that James had done nothing to create the kind of inclusive environment where such incidents couldn’t happen. The employees said he chose to maintain the status quo of “white supremacy” in the system. [“White supremacy” refers to a social system in which white people enjoy structural advantages (privilege) over other ethnic groups, on both a collective and individual level, despite formal legal equality.]

Obviously, James did not see that coming, and he was devastated. By the time he and I met, after six months of soul-searching, he had recovered enough from this personal and professional blow to see that he could bring a much-needed asset to his next organization: cultural intelligence. Within his sphere of influence, he will be able to help his fellow whites see and dismantle systems that marginalize entire groups of people and that stifle retention and promotion of people of color, women and those who are differently-abled.

Here’s what we talked about

Amy: “What was the hardest part of being let go?”

James: “Initially, it was hard not to see myself as all bad. In time, I began to remember that I’d done some good and to see where I could do better. I’m still learning.”

Amy: “Earlier, you said you had thought you were doing everything right before all that happened, why was that?”

Amy: “Those are good first steps. What do you think was missing?”

James said he realized that, though the board was becoming diversified and the organization was hiring people of color, they were not promoting those employees into leadership roles. As a result, there was not anyone in the management circle to challenge the dominant cultural perspective about the way they were doing things. For example, they had never considered the use of language that would appeal to diverse candidates in job postings or that would have broader fundraising appeal. That hindered them from hearing employees’ requests for training resources that would enable them to move to the next level.

James: “It’s interesting that when you work for a liberal organization, you assume you’re doing the right thing.”

James: “In our organization, the mission was to educate the public as citizens in a democratic society. Our mission was good, so we assumed we must be doing the right thing. I mean, we were holding people in positions of power accountable so we must be doing the right thing, right? Wrong. What I realize now is we were telling everyone else about the need for diversity and the value of social justice but not having that conversation ourselves. We weren’t looking for or listening to our own employees’ concerns or wishes.”

Where the problem lies

Was James the problem or was it something bigger? Dr. Edward Deming (1900–93), renowned statistician, engineer, author and management consultant argued that 94 percent of problems are caused by the system, not the individual.(1)

James’ individual actions had not come out of a void, there is also a systemic problem. Sixty-six percent of people who take the Intercultural Development Inventory® (IDI)-worldwide are right in the middle of the five stages of Cultural Intelligence, the stage called “Minimization.”(2) If you think about it, that means two-thirds of people worldwide do not think about other people’s different-ness. That means, sometimes inadvertently and sometimes intentionally, they minimize it, which makes people around them feel like they are unimportant and invisible. That’s what happened in James’ workplace.

What he also didn’t know

When I asked him what he would do differently next time, he said he would diversify the management team. What he also did not know is that when you introduce diverse perspectives, it’s essential to help people learn how to communicate across those differences. He didn’t know that research shows, if a homogeneous organization diversifies before the employees and leaders know how to navigate cross-cultural conversations, there is often an increase in defensiveness, stereotyping and stonewalling in organizations.(3) Like the one James’ organization experienced.

When we’re unaware of the structures in play, the organization’s practices and policies default to that dominant cultural value of Minimization. Ignoring different-ness creates an environment in which people tend to focus on what everybody has in common and assume others are “like us.” This may be well-intended but the impact is a dismissiveness of peoples’ unique differences and experiences and a failure to recognize structures that leave both our colleagues and clients feeling invisible.

Amy: Knowing what you know now, what would you do differently so that people feel valued?

James: “I see that I need to encourage others as well as myself to…

What he’ll also come to see is the importance of training people to communicate across culture and communities.

Systems that elevate one group of people over another, as happened in James’ workplace, reinforce and perpetuate in Minimization. The people in power inadvertently, and sometimes intentionally, lack self-awareness of their structural advantages and of how they are complicit. They do not hear minorities and the anxiety they experience. However, minority people, who are very aware of the system but not typically in a position of power to point out the problem, go-along-to-get-along in order to stay employed or even survive.

After years of being belittled under the system of Minimization, people of color, women and those who are differently-abled may hesitate to speak up for fear of retaliation, social isolation or job loss even when asked by a manager to speak up.  When you are systematically silenced and side-lined, you are devalued and discouraged from collaborating, innovating and producing to your top capacity. Minimization limits individual and organizational growth.

As leaders, if we allow our organizations to default to Minimization and fail to train our employees in cross-cultural communication, then why spend the organization’s time and resources to employ them? How incalculable is the loss of contribution and productivity from an undervalued person – to both the person and the organization?

Check back next month to learn three mechanisms that encourage employee communication across cultural differences and also provide feed-back for leaders so that everyone in the organization feels valued, heard and engaged.  -Amy Narishkin, PhD ©2021

Do you want to know if your organization is in Minimization? The Intercultural Development Inventory® is a 50-item online questionnaire that measures both individual and organizational stage of development and ability to navigate cross-cultural conversations. To learn your organization’s level of Cultural Intelligence contact  , Dr. Amy Narishkin, a Certified Administrator of the IDI®, who provides the results and does a Debrief, which becomes an ongoing resource to guide individual and corporate development. You can find out more at www.EmpoweringPartners.com