A Case of Sexual Harassment 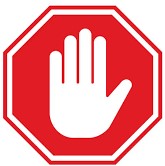 The Women in Safety & Health (WISH) organization held a panel discussion on “Avoiding, Combatting & Overcoming Gender Disparity at Work.” There were four of us on the panel, each with our own area of expertise: Dr. Tiffany Slater, human resources; Samantha Wyant, trauma; Kathi Dobson, physical safety; and me, cultural intelligence. In advance of the discussion, WISH facilitator Patte Ackerman sent us a case study to discuss on our panel. She provided us with an anonymous voice recording of a woman explaining her struggle at work (I’ll call her Jennifer). It’s an instructive story, so (with permission) I’m sharing it with you here.

When Jennifer joined the company, she was promised that within two years she’d be able to help increase sales and have her own office and an assistant. She was thrilled with the potential but quickly discovered everyone else on the sales team were men. So she had to actively seek ways to fit in, like attending happy hour events after work. Though awkward, she’d just smile and maybe nod when comments were made about, for example, a female server’s looks.

During one of the company gatherings, her boss confided in her about his marital problems. Jennifer didn’t want to seem indifferent, so she listened. “After that he must have felt more comfortable talking with me because his actions and words became more intimate,” she said. His conversation turned into compliments about her wardrobe, hair and then eventually her body. “I didn’t know how to say anything because it was nice to finally have a rapport with my boss. But I felt badly because he was liking me for the wrong reasons and not for my performance.”

Jennifer was so uncomfortable that she sought the help of a counselor. The counselor told her she had an obligation to file a sexual-harassment claim against her boss “because she wouldn’t want something like this to happen to her daughter.” So Jennifer felt obliged and filed the claim.

Jennifer explained, “It’s been three-and-a-half years since I took the job. The men have all moved on; I’ve not gotten a promotion, an office or an assistant. It doesn’t appear that there are any opportunities going forward.“ She feels like she’s in a holding pattern and is unsure if her lack of progress is because she’s a woman or because of the claim she made.

Jennifer was willing to listen to her boss because she needed a pathway for advancement. Kudos to her for thinking creatively. If there had been another way for her to advance she would not have had to deeply listen, which makes anyone more attractive to the person being heard. It’s a sad commentary on societies where a woman’s words and actions translate into sexual availability.

He couldn’t see her motivation for deeply listening was actually to be noticed and advance her career. He hasn’t necessarily had to listen to someone deeply, to think outside the box to get ahead, to advance his career or increase his salary. She is thinking creatively and he’s misunderstanding the creativity.

Sixty-six percent of people who take the Intercultural Development Inventory® worldwide are right in the middle of the stages of Cultural Intelligence, the stage called “Minimization.” The problem is that people in minimization tend to assume all people have the same motivations and experiences that they have. Her boss minimized Jennifer. Instead of seeing her as a human being with her own unique experience (and kind intentions), he saw her as a sexually available woman.

To overcome minimization, it’s important for managers of all genders to recognize that those who have less power do not have the same experience and may be communicating something other than what we assume. If we can lean into what could appear as conflict and to listen to minorities in our society, who are typically not in positions of power, we’ll learn to see the systems that are hurting, sidelining and silencing people – and create a better system.

When team members on any level of the corporate ladder are sidelined and silenced, their team – and the company – are unlikely to reach their maximum potential. Those who don’t enjoy the privileges of a society’s dominant culture are frequently marginalized by Minimization and tend not to be allowed their true voice, productivity and growth potential. If we think about it, why would any manager silence even one person who could turn out to be a top contributor, innovator and/or producer. Where is the return on investment (RoI) in that?

What she can do

Jennifer and her boss needed more pathways for expression, for communicating needs. In Western culture we tend to avoid conflict, so much so that we demonize it and put off necessary conversations. A conflict is a mental struggle resulting from incompatible or opposing needs, drives or wishes. If we respectfully lean into the struggle, we can discover that conflict helps us understand each other better and set up boundaries for where the other person ends and we begin. Conflict and, in smaller doses, contrasting opinions, help us recognize what we don’t want so we can get very clear about what we do want.

In this particular case, there are one of two scenarios happening here. This man is either a…

If she assumed the latter and led with the assumption of good intent, it would’ve been best to have the conversation early. She doesn’t need to give him a total pass with the hope that it’ll ‘get better. If she feels safe, this is the time to raise the question about what’s going on and where she stands. Later on it will only get harder to fix.

If it were an earlier stage in this predicament, Jennifer could’ve set up a meeting in a conference room and used the words, “I feel…, when you…, because…” “I” messages, as opposed to “you” messages enable speakers to be assertive without making accusations, which can make listeners feel defensive. For example, “I feel uncomfortable when you compliment my wardrobe rather than my work because those words don’t help me understand how to do my job better.”

What’s sad in this case, is that the counselor made her feel compelled to report her boss without finding out what Jennifer herself felt she should do. Preferably, a counselor would encourage a woman to explore her options and determine what she feels is best within the context of her own experience. Once you bring the level of conflict up to a formal complaint or legal action, the stakes are higher for everyone involved, and a situation is often more difficult to address with a simple conversation – if the manager is in fact a “regular guy” or someone who just doesn’t know what he doesn’t know and can get away with that.

But let’s be clear here, having a conversation in the early stages of what feels like sexual harassment can be a scary undertaking. For women of a certain age, this behavior from men has been so normalized, which really means minimized, that women have little training or cultural knowledge to recognize sexual harassment, much less name it or make a claim against it. This is especially hard when the behavior actually is sexual harassment, because sexual harassment tends to be a slow creep.

In Jennifer’s case, it may be too late for that initial 1-to-1 conversation, but that doesn’t mean she’s stuck. Dr. Slater suggested that Jennifer may want to explore leaving the organization and finding one that is more in line with her goals and principles. Samantha Wyant made it clear that in no way is this situation Jennifer’s fault and reinforced the importance of Jennifer’s voice.

If Jennifer does not want to leave or can’t, she can still lean into the conflict and have the conversation; however, at this point, she’ll want to have an ally to be with her as a witness.

When boundaries are violated but the environment is still safe to discuss them with an ally, people in Jennifer’s situation can set up a meeting, saying she’d like to have a conversation and clear up any misunderstanding and explain what happened. Jennifer can still use the words, “I feel…, when you…, because…”

For that meeting, Jennifer could…

Cultural Intelligence is the ability to appreciate another’s perspective and change our words and actions to show genuine respect for another’s circumstances. In organizations with Cultural Intelligence, majorities don’t assume that another person’s experience is just like their own. Rather they assume they don’t know, apply curiosity and work to learn the other’s story and experience. They also check their impact on colleagues and clients and how corporate practices help and hurt others in their ability to contribute as collaborative, innovative and productive team members. Once these skills are adopted, they help us reach new customers and marketplaces which also requires learning, understanding and respecting perspectives that are different from our own or the current culture of our organization.     –Amy S. Narishkin, PhD

Dr. Amy Narishkin, CEO and Cultural Intelligence strategist at Empowering Partners. Drawing on her years of experience teaching Cultural Intelligence and working with leaders and executives to build more diverse and engaging work environments, Dr. Amy provides the context and offers specific tools while engaging participants in thoughtful dialogues to build the skills for Culturally Intelligent conversation with colleagues and clients. You can find out more at www.EmpoweringPartners.com